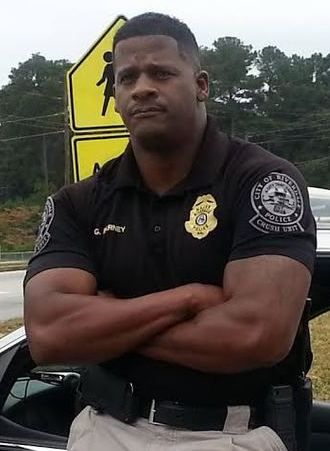 Riverdale Police Major Greg Barney was shot and killed while assisting Clayton County officers serving a warrant on February 11, 2016. Major Barney, a 26-year veteran of the Riverdale Police force, was not wearing a bulletproof vest when he was assigned to the perimeter of the apartment complex where the warrant was being served. A suspect ran out the back door of the apartment, where he encountered Major Barney and opened fire, striking him multiple times in the torso. The suspect was later shot by a Clayton County officer, never regained consciousness, and died two months later.

Prior to joining the Riverdale Police Department, Major Barney served with the DeKalb County Sheriff’s Office and the United States Navy. He leaves behind a wife and 15-year-old twin sons.